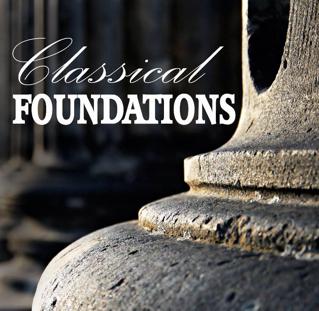 I always check far more books out of the library than I can actually read. It’s a hazard of the job. If something looks interesting, I will take it home and give it a go. Somewhere around the fall of 2002, when I had a toddler and a baby on the way, a book titled Real Life Homeschooling: The Stories of 21 Families Who Teach Their Children at Home was on the table of new non-fiction. I took it home with me. I had heard very little about homeschooling, and I’m always up for learning about people and educational methods, so I thought I would find out what these strange people were all about. I had never, ever considered homeschooling myself; this was more like anthropology than self-help.

It was an interesting book and many of the families recommended their favorite homeschooling titles, so I got those out of the library, too (mostly through InterLibrary Loan; my own library didn’t have too many homeschooling titles). The majority of the books talked about homeschooling as an endeavor belonging solely to conservative Protestants, which I am not, and while I was interested in them in order to learn about this thing called homeschooling, I was not at all attracted by the lifestyle myself. The books were also more inspirational and encouraging than they were about exactly how to teach children at home; more for people who were already in the middle of it than for prospective homeschoolers.

Then I checked out The Well-Trained Mind, by Jessie Wise and Susan Wise Bauer. This was a very different book. It was almost entirely about how to do homeschooling. And it laid out an education that seemed to be very near my own ideal. I didn’t know I had an ideal education in my mind, but there it was, in this book, except for all that stuff about Latin. (Who does Latin?  More on that later.) I was looking at a book that described the education I wished I’d had.

I am a fairly ordinary product of fairly ordinary California public schools. I was expected to learn grammar and writing by osmosis; I studied American history several times but hardly ever got past World War I; I knew little about anywhere else except ancient Greece; on the whole, my education through high school was kind of dismal. I was not well prepared for the excellent public university I attended, and only figured out later how much I had missed simply because I didn’t know how ignorant I was. The idea that this was not inevitable for my own children–that there were other possibilities–struck me all of a heap.

I wanted this for my daughter. But I had never before entertained the idea of homeschooling, and it was a daunting one. Could I do it? Dared I do it? I had always assumed that I would go back to work part-time once my (as-yet-unborn) youngest went into school, and homeschooling would derail those plans. And how on earth could I do this? I decided it was lucky I had plenty of time, and that I could take a while to think about it and pray and see what happened.

I waffled for a full year. I could not let go of the idea for more than a day at a time. As I took my little girl for walks and to the park, I wondered what I should do. I talked about homeschooling, but I didn’t know anyone who did it, and no one seemed to be very interested. My husband was in favor of the idea, but didn’t want to pressure me into it, and so refrained from comment. I didn’t seem to be able to get an answer to my prayers about it. It took me some time to figure out that if I couldn’t even go two days without thinking about homeschooling classically…well, that might be my answer right there.

So, I came to homeschooling through my desire for a classical education for my children. All the other benefits were things I figured out later on; I was all about the academics at first!  I found other homeschoolers in town, too, and made friends.

We are now in our ninth year of homeschooling, which seems completely impossible when I say it! I have read many, many books about homeschooling and even attended a couple of conferences. I’ve read most about classical education, and so far my vision has never wavered; that vision has been refined and improved, but the principles that so impressed me eleven years ago are still the center of my homeschooling philosophy. That doesn’t mean I live up to them, but I try!

The benefits to our family are probably impossible to quantify completely. I am so grateful to have been able to be with my children for so long. I’ve been able to give them so much rich literature, history, and science. One of my major goals was to avoid some of the math-phobia that so many of us have, and I think I have done well there. We were able to deal with my younger daughter’s vision issues with so much less difficulty than she might otherwise have had. Of course, it hasn’t been a smooth road (none of us get that!), but I have never regretted our decision to homeschool with classical principles.

Jane-Emily–Jane-Emily is a classically homeschooling LDS mom of two girls, and a librarian

at the local community college, very part-time. She loves to read and will pick up almost anything. She also loves to sew and mostly does quilting, heirloom sewing, and smocking. And she’s a Bollywood addict.

3 thoughts on “Why I Chose Homeschooling: A Librarian's Story, by Jane-Emily”