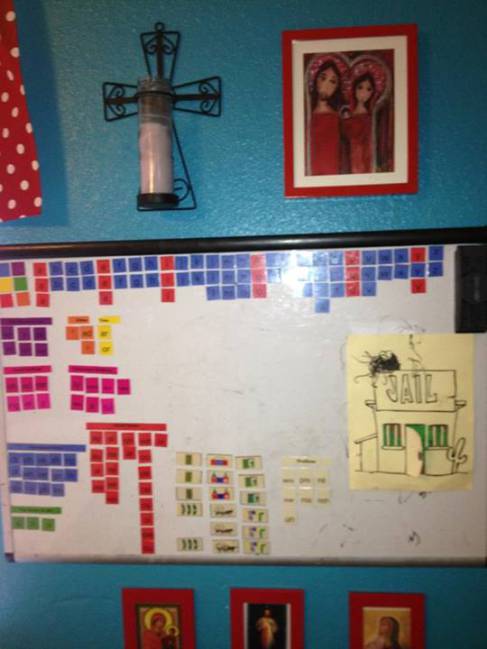 Our eldest son went to public school for kindergarten. I wanted to homeschool him, but my husband is a public school teacher and wanted him to go to school. So off he went, away from our happy nest and into the world. Despite my misgivings, I was sure he would do well. He soared in math class and made friends easily. But reading fluency remained elusive. Christmas came and went and he still had not mastered his letter sounds. We buckled down at home. We drilled phonemes and forced him to try to read. And still he stumbled.

By the end of the year, my husband agreed to let N come home for the next year. I had been eagerly perusing catalogs and fell in love with the pictures on the shiny Sonlight brochures. The idyllic pictures of moms reading to well-dressed and well-behaved youngsters looked so inviting! (In retrospect, I should have thought a little longer and harder about using a teacher-intensive curriculum my first year. Especially with five kids ages seven and younger – including a newborn who was delivered via c-section the first week of school! But I digress.) I ordered the curriculum and just about wet my britches with excitement on Box Day.

N enjoyed the science, math and history portions of the day. And I’m sure he absorbed some of the literature that I faithfully read aloud that year (at least what he could hear over the constant bickering and questioning – seriously, do other folks’ kids ask fifteen questions per page?) But reading remained a mystery. I read and researched and tried a couple different programs. The Sonlight “whole language” approach clearly did not work for him. Teach Your Child to Read in 100 EZ Lessons made us both want to cry. We made it through the book, but he still struggled.  He did weird things, like substituting synonyms (“rock” for “stone,” etc) and could not seem to blend sounds. CVC (consonant-vowel-consonant) words were easy, but blends (pl, br, fl, st, etc) baffled him. Articles and small pronouns (a, the, we, etc) were frequently missed as well. I tried using manipulatives, games, computer programs and tutors, and he still struggled. A family member who is a teacher did a screening test with him and said he didn’t have any learning issues. She recommended trying harder. So we redoubled our efforts and scheduled reading lessons twice a day. N was miserable.

The next year continued the same way. By that point, we’d abandoned Sonlight in favor of KONOS unit studies, which we could pursue together with all the kids. They really enjoyed KONOS, but N still couldn’t read. S, his younger sister, picked up reading easily. The contrast between my two students caused me to fret about N even more. I convinced my husband to allow N to be tested for dyslexia (my husband is not a fan of labels). We went to our local Scottish Rite facility’s learning resource center. I cannot say enough good things about them. They tested N (and later, A) for FREE. Yeah, like, no dinero at all. They were kind and professional, and N even enjoyed it. The testing lasted one day, and we came back a few weeks later for a meeting about the results.

Tests showed that N had a very high IQ, but he also had severe dyslexia and dysgraphia. I almost cried with relief. It felt weird to be relieved at hearing that your child has a severe learning disability, but I felt like at least we had something to work with now. For almost three years we’d been beating our heads against the wall and making absolutely no progress. Now, I felt, we could take the new information and run with it.

We initially tried Scottish Rite’s Dyslexia Training Program, a DVD based program that mirrors the highly successful “Rite Flight” that is done at the facility. N hated it. Cried whenever I got it out and was just miserable. We had been able to borrow the curriculum from the local Masonic Temple, so we decided to return it and try something different.

We bit the bullet and shelled out the money for Barton Reading and Spelling. It’s pricey, but it’s pretty much the gold standard for Orton-Gillingham type language programs. N did well with it. I had S do it as well, hoping it would sharpen her spelling. Seeing the two work, N’s dyslexia became even more glaringly apparent to me. Tasks like dividing a CVC word into separate phonemes or playing a rhyming game were a cakewalk for S and a frustration for N. It was clear that something just didn’t click the same way in his head. One day I took N to the park alone for his “parent date.” I told him that I was really proud of his diligence and I knew that he was developing skills and perseverance that would help him in the future. I reminded him that he was highly intelligent, and that his brain was just wired a little differently. And, on the fly, I told him that reading was kind of like storming a castle. Most of the time, the troops can just ride over the drawbridge and raise the door. But sometimes the troops have to flank the castle and engage in sneakier maneuvers, employing siege towers and sappers. But they can still succeed. Kind of a lame metaphor, but it really helped him. Even now, five years later, he still refers to it.

Barton was great, but kind of pricey. At $250-$300 per module (plus the cost of additional readers), it was a little steep for us. A friend mentioned All About Spelling, another O-G program. It was more reasonably priced and looked like it would be more fun. I ordered the first two levels and started it with both N and S.

Level 1 is mostly just teaching the various phonemes and drilling them with flashcards. Simple dictation is introduced, as well as compound words and syllable types. We flew through Level 1 with both kids. N felt especially proud of his speed in completing Level 1. The three levels of Barton he had completed gave him a very solid foundation.

(Our whiteboard with AAS tiles.  Yes, that is the Holy Family up there.  I have six kids, I need all the help I can get.)

Once you hit Level 2, the lessons follow a predictable format. You have a small review section at the beginning (usually dividing a word into syllables and labeling the syllable types, while reviewing any pertinent rules). Then you do some new teaching. This may be a new rule, a new phoneme or a new syllable type. Words are spelled using small multi-colored tiles. Magnets can be purchased for these tiles (we just bought them directly from AAS) to facilitate using the tiles on a magnetic white board. The student then reads the word, divides it and labels it. After several words are spelled, and you feel the child has mastered the concept, you break out the flashcards. Ten new words are generally added to the flashcard deck each lesson, and you are encouraged to review past words often. (I made some board games to use with them.) After flashcards are done, dictation begins. First words are dictated, then phrases, then sentences. You are encouraged to go as slow as necessary and not move on to the next lesson until a concept is fully mastered.

Early in our AAS journey, we would divide a lesson up into several days. We’d do the review, new teaching and flashcards the first day. Then review the flashcards and do word/phrase dictation the next day. The third day I would make up some sentences using the flashcard words and have the student read them to me. Then we’d finish the lesson with dictation of full sentences. (I always grade dictation immediately and have them write any missed words three times each at the bottom of the page.) S is now in public school, and N is in junior high, so we sprint through lessons. Usually we complete one each day.

N and S have both demonstrated improved spelling and reading fluency after using All About Spelling. They find the lessons engaging and painless. We also use the new All About Reading program, which I will write about at a later date.

Teaching kids with learning challenges is hard. But having a good diagnosis and plan makes a huge difference. I encourage any Mom or Dad with a struggling child to get them tested. Do not ignore your gut instinct! I wish now that I’d pushed to have N tested sooner. I wish I’d advocated more aggressively for him in the public school and I wish I’d ignored the people who kept telling me it was poor work ethic instead of a true problem. Sometimes trying harder isn’t enough and our kids depend on us to get them the tools they need to succeed.

Siena is a proud Kansas City native who was transplanted to Texas thirteen years ago. She has three boys and three girls, and is currently in her seventh year of homeschooling. Several of her children have struggled with dyslexia, dyscalculia, dysgraphia, and other learning challenges. She tells them often that God must have something amazing for them in the future, as they are learning perseverance now.